Karen Burgon, project director at Leeds North and West Foodbank, tells Stop Hunger how your donations to the Trussel Trust really do make a difference.

“You see people how desperate they are when they come to collect food parcels,” says Karen. “I once had a lady in tears because we’d been able to give her sanitary products for her teenage daughter. That kind of thing really sticks with you.”

Karen has been running food banks in Leeds for seven years, after hearing a talk at her church from the Trussell Trust in 2013.

“The Trussell Trust told us that that food poverty isn’t just about people on the streets; it’s the hidden poverty of people in their homes who can’t afford to buy food to feed their families. “It can affect anyone of us. While you’re doing alright, you might not notice that your next door neighbour isn’t.

“I felt very strongly that a food bank was needed in the part of Leeds our church is in, and two other people listening to that talk felt the same.”

With the help and guidance of the Trussell Trust, Karen and other volunteers opened the food bank in September 2013 at a local church hall.

“The Trussell Trust advised that we needed at least three tonnes of food before we opened the food bank because once people know about it, they will start coming. We managed to get that amount, but then no one warned us about the harvest and Christmas donations – we had food everywhere!” 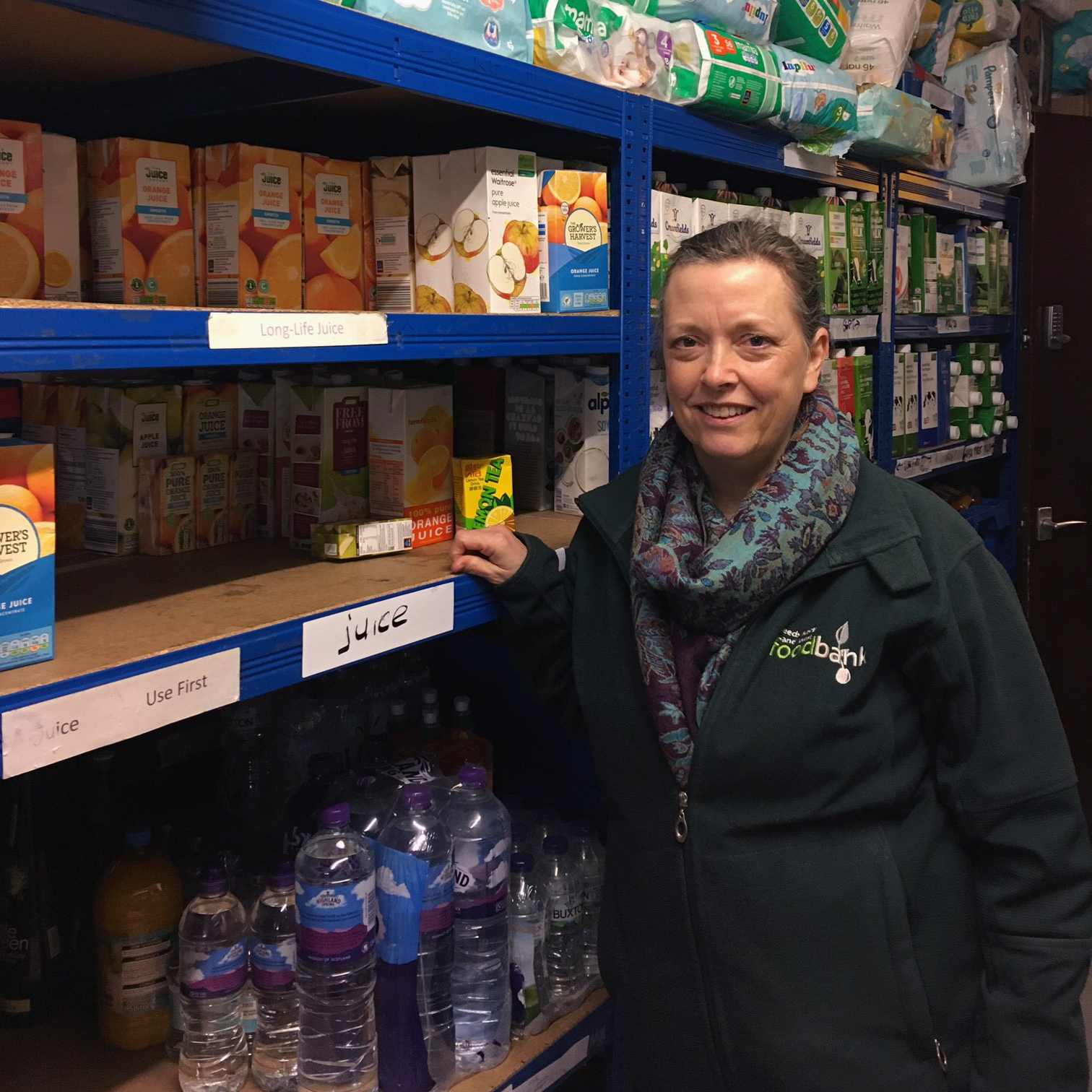 After outgrowing the church hall, they managed to secure a warehouse in Burley, just outside of Leeds city centre in November 2014. Hearing about the food bank, people started approaching Karen about opening centres in other parts of Leeds.

“People were coming a really long way for food, and often couldn’t afford the bus fare to get here and back with their parcels, so it made sense to open in other areas of Leeds.”

Now, Karen visits schools to talk about food poverty and to encourage young people to think about how they can help those in need.

“I tell the pupils about a woman who contacted us before we’d even opened our doors. She was a single parent who had been made redundant six months earlier. She’d started to struggle to pay her mortgage, her bills and provide food for her children. She’d got our phone number and called us saying she needed some food but that they’d be ok until the morning.

“We arranged for a local church to deliver a food parcel to her that evening, and they found that she’d had to give her children porridge made with water and chickpeas for dinner. With the food parcel we’d given her, she was able to feed her family nutritious meals for three days. I always remember that case as it was the first time I’d seen how real food poverty is.”

Food banks like Leeds North and West are reliant on donations, but also on volunteers. Karen tells us, "We are always so grateful to have support from volunteers through Stop Hunger. 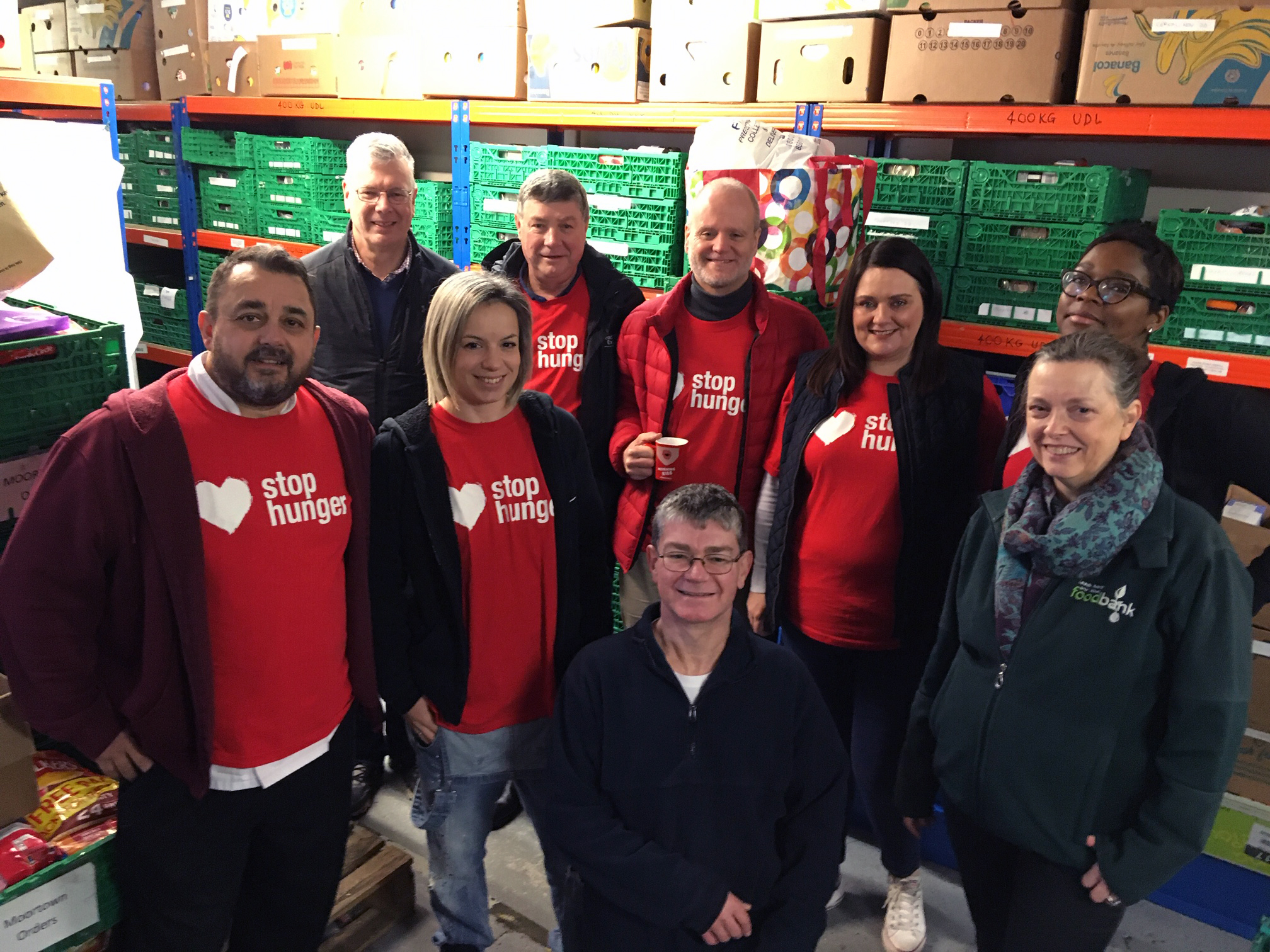 “We have a good network of volunteers, but a lot of them are retirees and when we have lots of donations and especially at stock-take time, the work can be very physically demanding, so it’s great to have extra pairs of hands to help out.

“It’s also really helpful for us when corporate volunteers spend days in the supermarkets encouraging people to buy items to donate with their shopping.

“The Stop Hunger volunteering really does make a huge difference to food banks like ours. To anyone who has given their time, or plans to – thank you!”

The Trussell Trust has food bank donation points in supermarkets across the country. Next time you go shopping, why not consider putting a few extra items in your basket, such as: